I just tried two Chromecast audio for the multiroom feature.
It's easy to setup and works well!

When plugging a pair of analog headphones on each Chromecast, CCAudio1 HP1 on left ear, CCAudio2 HP2 on right ear, matching volumes I wasn't able to discern a phase difference when playing a track on Google play music: great result.

It would be worth trying after a while to see if the Chromecast audio drift and how much: if the reference clocks are the DAC ones without compensation after the initial synchronization, I suppose it will drift at some point.

One limitation I experienced is that the volume was not matched anymore between both headphones after adjusting the group volume.

But still: pretty cool stuff, I think this platform has a promising future! 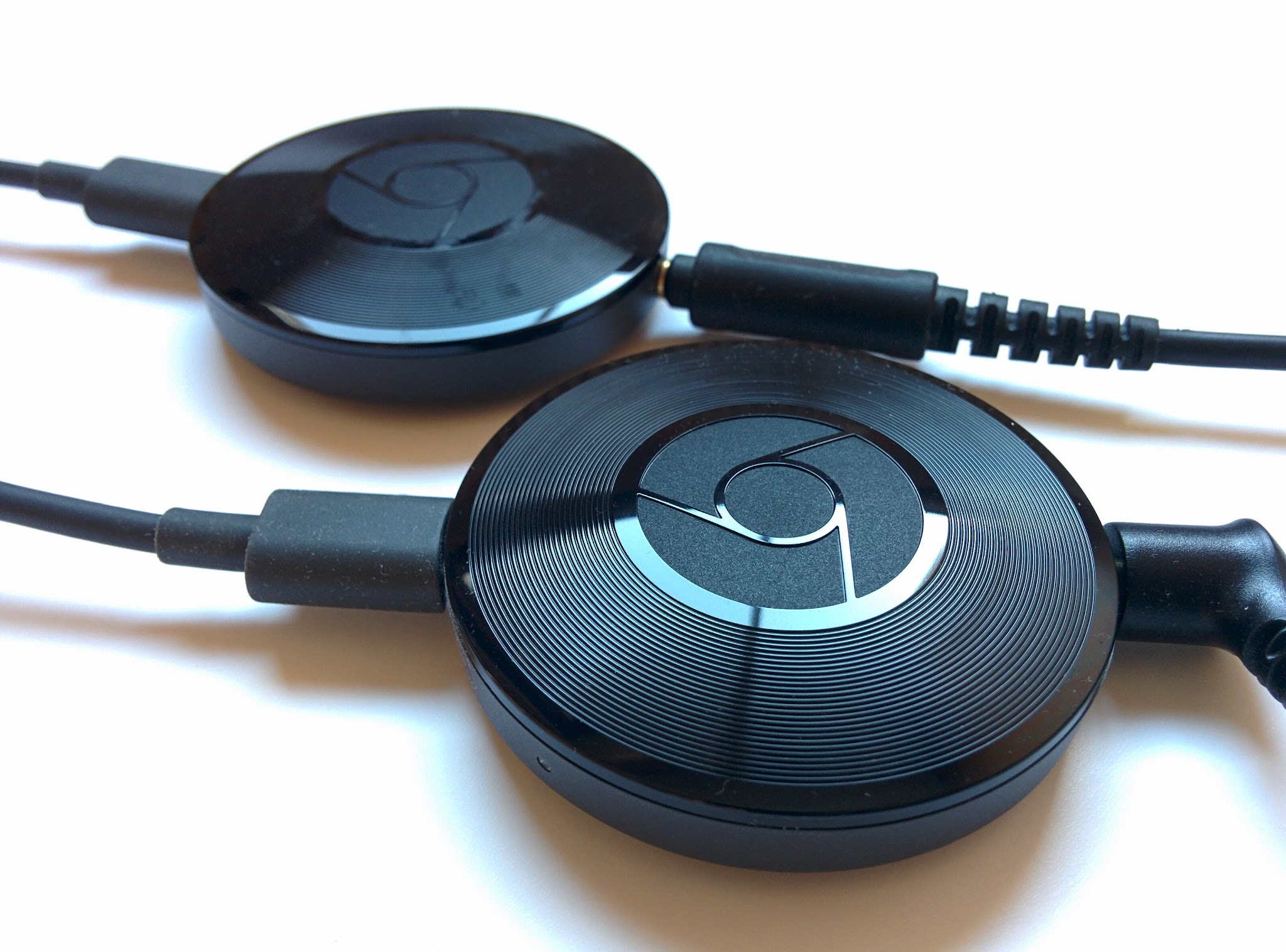