On the audio part, we learn about the CC Audio's DAC setup used to drive the analog output.

I'm not exactly sure why this second component is present since the DAC already outputs in 2Vrms, which is what you want for line-output
+Texas Instruments​ lists the DRV632 usages as:
– a way to adjust the output gain (but only via external resistors and not digital)
– line output protection
– short circuit protection
– DAC post-filter (typically as a low-pass)
Based on the DRV632 specs, it should not harm the audio quality.

With a current limit of 25 mA, it should also be capable of driving some small headphones (although it's not designed for that)

Measurements will tell more the actual performance of this analog combo.

About that, Google just notified me of my Chromecast audio's shipment, so I'll try just that after receiving it. 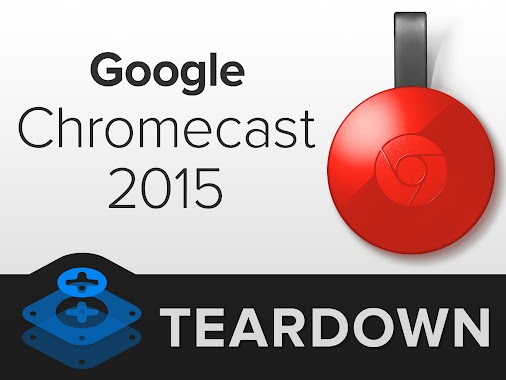 Audio
The audio codec used is Cirrus Logic / +Wolfson Microelectronics WM1840, which is not a part listed on their public website
http://www.cirrus.com/en/products/codecs.html and also rather elusive on the web.

As there's outputs named HPOUT1L to HPOUT3R, I would guess that it's equipped with 6 DAC channels to line/or amplified headphones out, and from with the same approach 4 DAC channels to speaker out.
I count as well 4 audio input interface (from the CPU to the codec), 2 stereo ASRC, 2 stereo DRC, and DSP count goes from 1 to 7.
Well you got the point, lots of channels and mixing capabilities 🙂

Galaxy S6 audioflinger native sampling frequency is 48kHz.
I didn't evaluate the quality of the resampler yet.

Camera
The back camera sensor is confirmed to be a Sony IMX240, the same as rumored and already present in the Note 4.
It means the additional features compared to its bigger brother come from ISP capabilities, not the sensor itself.

WM5102 and WM5102s announce higher DAC & headphone amp specs but the WM5110 has a much higher compute capability and also better ADC.
Think about: decoding and playing compressed audio streams while the system sleep; stuff like that.
You can take a look at apparently leaked product briefs linked.
(WolfsonMicro's website doesn't share it for now)

Source: +Teardown.com
http://www.techinsights.com/teardown.com/samsung-galaxy-S5-teardown/
With pics of the whole thing, even bits of x-rays of some chips.