(barge-in is voice commands while something the speaker plays something: the assistant's voice or music)

Google chose to angle the top area, which also means acoustic echo cancelation will be substantially better if you're in front than sort of behind.

It might make sense since it's we're talking about a directional, mono speaker; however it doesn't match with how they show it will be used in their own ad: a 360 radiating unit would be better suited for that.

Will their trained AI used as acoustic echo and noise cancelation work better as they say than the proven algorithms built for audio DSPs instead with a large array of microphones?
Will it be good enough to get your voice commands from a distance when you're listening to music or video content also?

We'll see! I hope the press will pay attention to evaluate that type of stuff 😉
The voice recognition performance in non-optimal condition is a primary element which will decide if this device will stay a proof of concept gadget that people stop trying to use quickly or a convincing platform for the assistant Google wants to build. 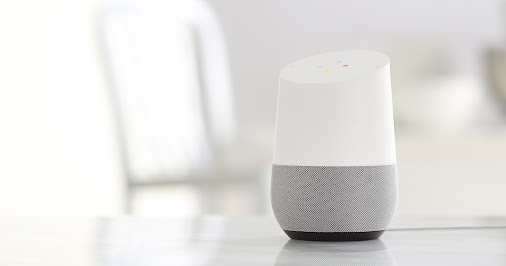 Made by Google
Hands-free help from the Google Assistant. Enjoy music, get answers, manage your everyday tasks, and control smart devices.