This is still work in progress and unfinished as I know not everything is implemented yet in terms of color spaces regarding alternative color matching functions.

But already, in this sample using CIE 1931 2° modified by Judd & Vos color matching function, from spectrophotometer readings looks really close to the real thing.
This is when comparing, in person the Nexus 10 to the simulated image displayed on a calibrated display.

More on that later!

If the AMOLED and mobile LCDs spectrum are rather typical, the CCFL-backlight desktop monitor spectrum is unlike anything I've seen before.

Now I understand why no software nor sensor I used so far (based on the standard but old CIE 1931 2° observer model) has been capable of color-matching it with others, not even remotely.

This is great for me because that'll be the perfect benchmark for the physiologically relevance of the color matching function I'm integrating in my program. 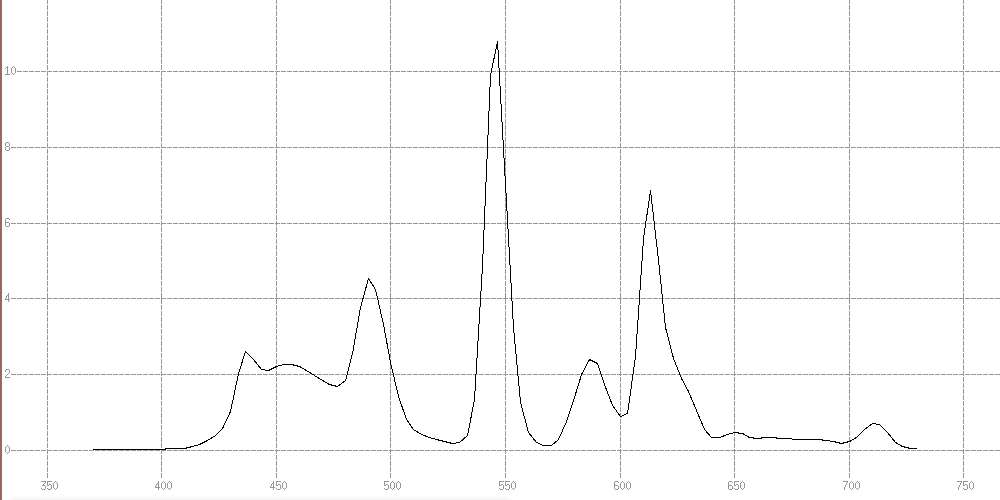 In Album Some white spectrum 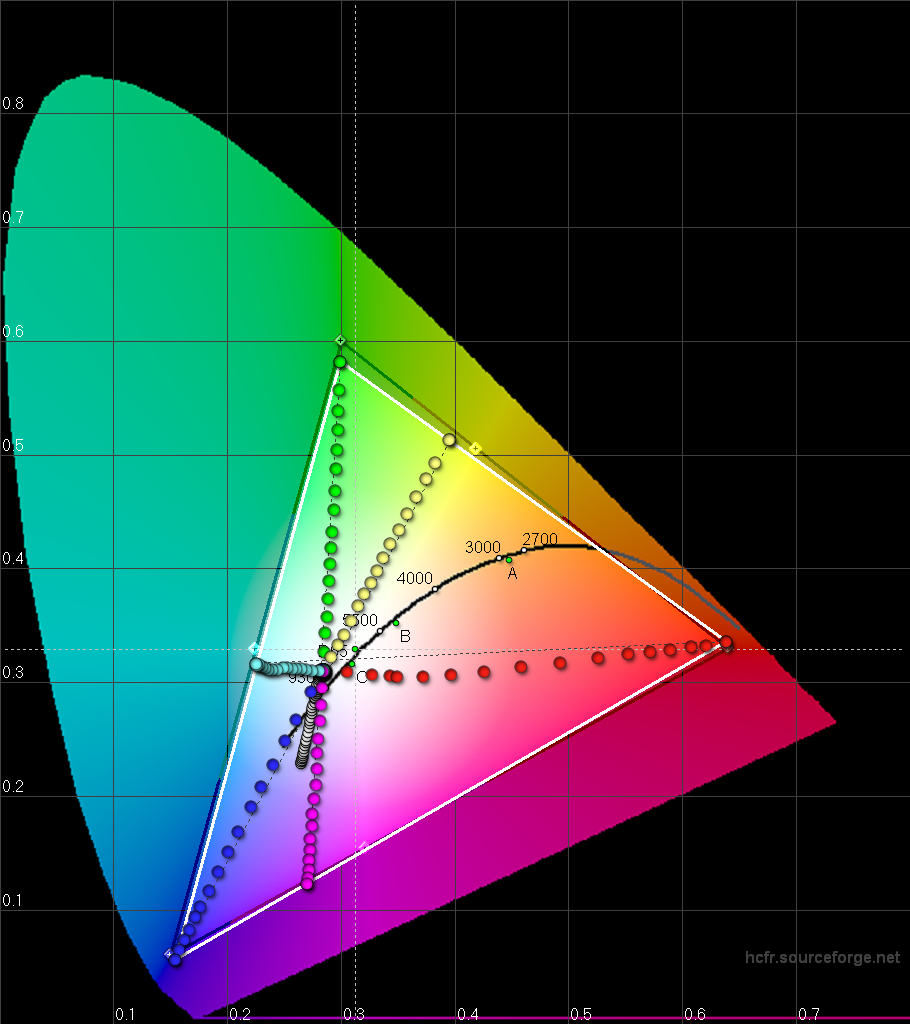 First of all let's establish something:
Declaring that a SoC "overheats" makes no sense today.
For several years, every single high-end/midrange SoC "overheats" during sustained usage and the only reason why the devices we use daily hopefully are not self-destructing and burning our hands is because of thermal management throttling the frequencies and voltages based on the actual temperature measured on the CPU, GPU, board and battery.
This is the role of power management and thermal management.

Now when the 810 overheating story came out initially, it was from Korean sources and linked to Samsung.
The first thing I thought then is that it was rather obviously a communication strategy to promote Samsung's 14nm incoming competing product.

Then after playing with each Snapdragon 810 devices during #MWC15 , I mostly changed my mind on the subject:
– The demonstrated G Flex 2 performance was stunningly poor both on performance and UI smoothness
– The demonstrated Sony Xperia Z4 Tablet was even worse, being simply unable to run Android 5.0 system UI and launcher without massive dropped frames.
– The demonstrated HTC One M9 appearing not as fast nor as smooth as its M8 predecessor: dropping some frames when scrolling in Settings app, an UX regression impression increased by a higher touch latency.

So while I never bought the overheating rumor itself, since #MWC15 I concluded that it was likely that the Snapdragon 810 platform, both hardware and software at that time was suffering either from:
1/ noticeably poor performance tuning / frequency governor / power management optimization.
2/ a definite design issue, 4 A57 cores + 4 A53 + Adreon 430 GPU package on the same 20nm process leading to a power efficiency that's not good enough for satisfying performances in a smartphone.

1/ appearing a lot more likely than 2/

So while I still think that the overheating rumor was originated from an intent to promote as superior Samsung 14nm SoC, I also concede that Qualcomm made some damage by not communicating transparently enough on the fact their 810 platform power management and performance optimization was, or is still very much a work in progress.
Showcasing the LG G Flex 2 as proof the 810 had no issue was not the best choice.

We shall learn more about the Snapdragon 810 real world experience with the incoming HTC One M9 review, very soon.
The M9 review units have received a system update just a few days ago and hopefully it contains the latest and greatest Qualcomm tuning.

What is behind the fake Qualcomm Snapdragon 810 overheating rumors? – SemiAccurate
SemiAccurate has been following a massive FUD campaign for a few months and the rabbit hole has lead to some interesting places.

One thing often overlooked is that the CIE 1931 2° color matching function is not ideal to match monitors in the first place for several reason:
– When you look at a monitor, the field of view used represents a lot more than 2°
– Further research since 1931 characterized the average eye's spectral response a lot better

In case the wavelengths composing these primaries fall where the CIE 1931 XYZ function is not so precise, it turns out color matching between displays of different technologies simply doesn't work anymore. Like way off.

As an illustration, you probably have seen an AMOLED equipped smartphone that was too green despite the manufacturer's effort to calibrate it to D65 white point, and measurements with regular tools and software confirming that; but not your eyes.

This +Sony's whitepaper explain they had the same issue when calibrating their reference OLED displays and the solution they adopted.

That's another reason why I develop my own display analysis software suite.
The mobile industry is extremely fast at adopting the latest display technologies and it requires state of the art research to keep up 🙂

And I didn't know that.

So everything is relying on bootloader security, that must be locked. Android for Work: Demystified
Android for Work has been announced by Google only some days ago and Google promises a secure but also usable way to combine sensitive company data and private data on a single device without incre…

.chc files contains data formatted for HCFR
.amf is for "all measurements file" (YAML dump)
.3dm is for "3D measurements" (YAML dump)
-Reference=5 are the readings I make at the end with a spectrophotometer to serve as correction matrix for the (faster) colorimeter measurements.

That's 24 runs in total, each taking something approximately between 25 and 40 minutes depending on the setup time.

Now that's a lot of high precision data to analyze 🙂

I progressed with the measurements TODO:
– Huawei Honor 6 Plus
– Huawei Mate 7
– Asus Zenfone 1080p standard and with white point tuned to warmer, after the 720p variant measured in different modes yesterday as well
– Saygus V2: I spent so much time talking there too with a very open-minded product manager who selected most of the device's components
– Lenovo VIBE Shot
– Nexus 6, because I didn't had it yet

What didn't work out:
– Sony who refused anything I needed on all their Z3 and Z3 compact running lollipop, the Z4 tablet and M4 Aqua (not a very promising device BTW), I even got annoyed a little bit.
– LG GFlex 2: all of them were running a custom build for MWC, preventing WiFi to work properly which I need for my portable lab.

Then I had the chance to meet by accident +Jeremy Meiss​, +Chainfire​ and a nice +Paranoid Android​ developer I'm very ashamed to have forgotten the name.

There's still a lot in the list, but it was a productive day.