On my #Nexus5 , it does the job just as promised and since I flashed Android 6.0 the battery life has been predictable again.

All that despite the unit is paired via Bluetooth LE with an Android Wear Smartwatch, and tracks my exercise with Google Fit with activity detection enabled.
The later relies on and activates location history.

On #Lollipop , unexpected and hard to trace battery drain were happening often; most of the time I was unable to identify their sources.
Even complete airplane mode was not sufficient to prevent battery drain during the night so yeah, the Nexus 5 was not behaving correctly under 5.x.
Many other non- #Nexus devices were just fine in the same configuration however.

So far I've noticed only one drawback of #Doze with my current usage pattern:

If the phone stays on the desk for a while and I go out of Bluetooth reach shortly – like a few minutes ago while taking out the trash: the Android Wear watch can't reconnect to the smartphone for a few minutes once I come back.
But it connects again as soon as I pick-up and turn on the phone.

I'll try to reproduce that once more and disable power optimizations for Android Wear app after that to see if it solves this particular issue.

Currently there's no notification that I have to receive urgently so I'm not worrying about the rest like +Andrew Martonik mentioned. 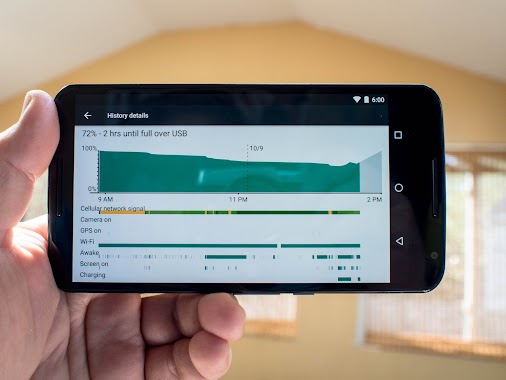 Inside Marshmallow: What is Doze, how do I use it and what does it do?
Android Marshmallow has changes deep in the operating system that can allow your phone (or tablet) to get better battery life. We see this mentioned with every operating system update from every company that makes smart devices, but this time they mean it. Enter Doze. If the name reminds you of a pleasant nap while nothing pressing is going on, you’ve figured out what it is. It’s a set…