So yeah, why lasers?! You may ask.
A cinema projector is supposed to display intergalactic ships, not shoot them down.

The reason motivating using lasers is driven by the UHD standard and its Rec. 2020 color gamut.
Rec. 2020 colorspace gamut red green and blue primaries are single wavelength colors.
That's how you can render the most intense saturated colors. More intense and saturated than any AMOLED or LCD with Quantum Dots.

Lasers, by nature are this single wavelength light source and thus are just what's needed to render the whole Rec. 2020 gamut when you mix three of them.
https://en.wikipedia.org/wiki/Rec._2020#/media/File:CIExy1931_Rec_2020.svg

Because we're still talking only about making colors by adding variable amounts of 3 primaries, Rec. 2020 gamut doesn't include all colors visible by your eye. For that you would need more than 3 primaries.

It's possible to speculate than Rec. 2020 will be large enough that we might never go further than that by adding more single wavelength primaries and cover even more of the visible light.
But who knows, that might become the next marketing argument at some point 😁

TV manufacturers are also preparing laser backlight LCDs units.
We're not sure yet if they'll reach the public due to power efficiency concerns.
The wide gamut TVs you'll be able to buy, covering not the whole Rec. 2020 gamut but a good portion of them might stay AMOLED or LCDs + Quantum dots.

Between HDR high brightness and full Rec. 2020 support, be sure the future will have everything needed to massage your retinas just right. 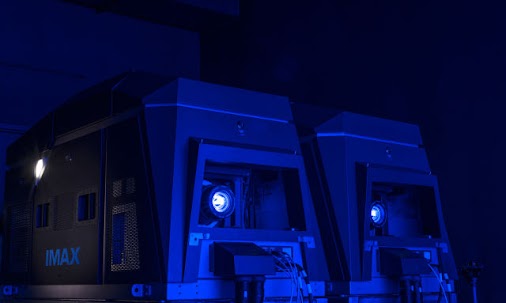