when viewed even at a slight angle, there is a noticeable color shift to a cooler tonality

+GSMArena​​ review unit, your feedback on +Google+​​ and my blog, all three units I had in hands are the same on this regard.

I don't think +Google​​ and +Huawei​​ made the right choices in terms of polarizer and lens on the Huawei +Nexus​​ 6P.

In the meantime, I've looked at a Lumia 950 in a store today exhibiting no color shifting with viewing angles and good panel uniformity. 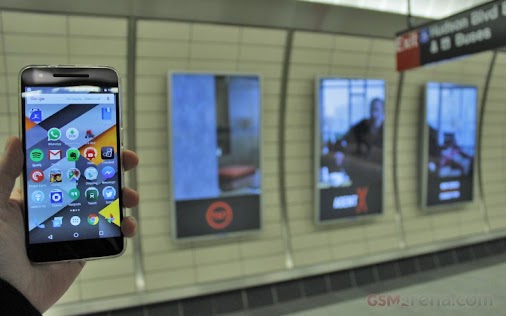 Huawei Nexus 6P review: Stepping it up
Last year, a dramatic change came to Google’s Nexus offering. The upper-mid range phone that was the Nexus 5 was replaced by a premium and much more expensive model made by Motorola. Skip time ahead about a year to this fall and we are offered a true premium package with a significantly lower price tag. The Nexus 6P is beautifully designed by Huawei to please both power users and average users alike.