And it's hard to disagree with any of the points made here.

Well, let's see if Google will now prioritize extending the desktop and productivity features of Android OS.
Starting with window management, which is the very first basic bloc required for desktop-like computing and missing entirely in Android 6.0 today.

It's even time for Google to play catch-up not only to Samsung & LG who popularized multi-tasking windowing features but now Apple who introduced Side Over, Split View and Picture-in-picture in iOS9 for tablets.

BTW, +PhoneArena just published an article making a good presentation of them: http://www.phonearena.com/news/iOS-9-multitasking-explained.-Split-View-vs-Slide-Over-whats-the-difference-and-should-you-care_id74250 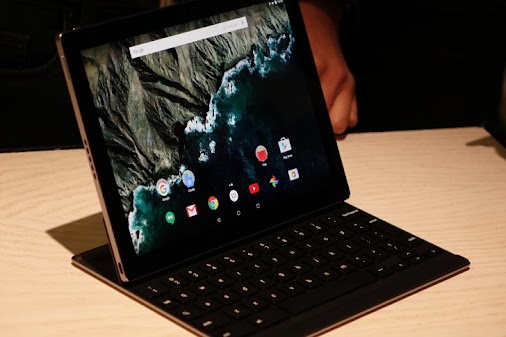 Editorial: I Used The Pixel C, And It Seems Like A Pretty Bad Idea
There’s no denying that the increased performance:power consumption ratio of CPUs has been benefiting laptops and tablets alike of late. Microsoft’s Surfac… by David Ruddock in Android OS, Editorials, News

12 thoughts on “After +Ron Amadeo just earlier, another reviewer with a reputation of being able to publish tough critic gives an early take at the Pixel C tablet: +David Ruddock”