A small and rather expensive TV able to run streaming apps?

The main issue with this concept that could indeed work is the weight:
Sure, it might be fine standing on a table.
But 2.65 kg? That's gonna be awkwardly uncomfortable on a couch or in bed.

If it's just for streaming, lower SoC specs and lower price would have given it a better chance – but I suppose Samsung tries to introduce this new category as high-margin instead, assuming the risk that the 1st generation could fail. 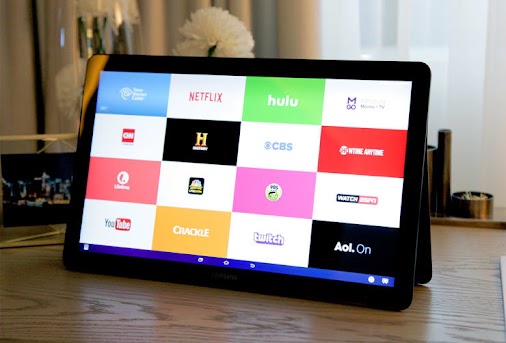 Hands-on with the Galaxy View: A huge $599 screen for streaming
Enormous? Yes. Silly? Maybe a little! Either way, Samsung loves the idea of a screen for your streaming videos.