Thank you once again +Dmitry Grinberg 🙂

This one, starting from 4.1.2 AOSP and binaries required more work, including on:

* Partitioning: using the larger partition as Ext4 /data instead of FAT32 /sdcard, like introduced on HoneyComb tablets and used in all current devices.

I'm gonna try that shortly after copying a backup of the 4.1.2 stock rooted (with Voodoo Sound of course) running on mine at the moment! 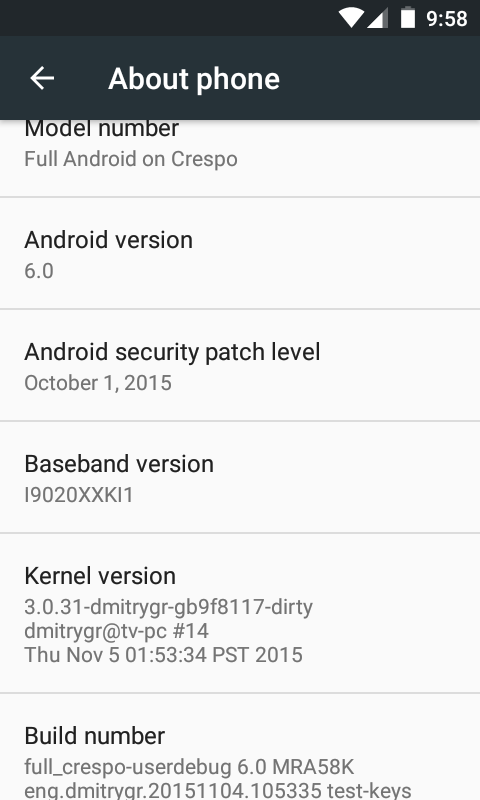 Android M on Nexus S – Dmitry Grinberg
How to build Android Marshmallow on Nexus S. The story… Nexus S (crespo) got its last update in Oct 2012. It was Android 4.1.2 Jelly Bean. Android M (marshmallow) just came out recently. I decided to port M to crespo for fun, and as a demo taht old hardware can in fact run new versions of …